Sharing my passion for sake

I define myself as “adventurous eater/drinker”, as I have the courage and desire to try new foods and drinks.  For some people, being an adventurous eater/drinker isn’t easy because they may possibly go solo dining most of the time and feel lonely, having no companion to share the eating and drinking experiences with. Having said that, I am lucky to have a group of friends who are thrill-seekers too. 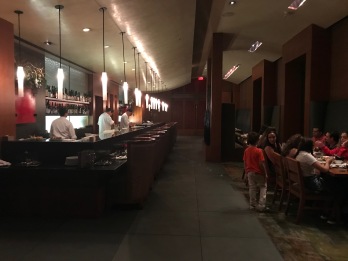 Last weekend four friends and I tried out Ki Modern Japanese Restaurant + Bar together in Downtown Toronto.  Actually I’ve been to this restaurant before; but my friends were all first-timers.  Located in Toronto’s financial district (Brookfield Place), Ki aims at serving corporate customers.  It certainly is one of the best restaurants for company lunches and business dinners.  We went there on a Friday night, the start of the 3-day-long-weekend, so many people might have gone to cottage.  I was not surprised that the restaurant was quiet.

We started off the night with four glasses of Japanese Sake introduced by Michael Tremblay, the famous Sake Sommelier at Ki and Sake educator in Toronto.  I knew Michael many years ago when I was with the TV station as Executive Producer.  He was one of the sommeliers I interviewed for the production of an current affairs program. Later, I enrolled in the WSET Sake courses, and Michael was my instructor. 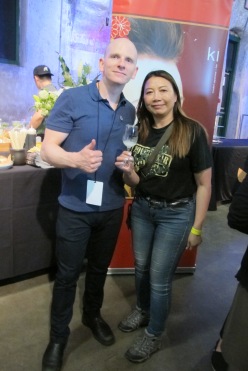 With Michael Tremblay at Kampai Toronto 2018

Michael was actually not in the restaurant that night but he has arranged the waitress to give us Sake, the Tatenokawa “Dakuryu” Junmai Daiginjo Nigori.  It is not too difficult to find Tatenokawa products in the LCBO stores; whereas the Junmai Daiginjo Nigori of this brand is an exception.  This sake is not available at LCBO because it is namazake!  There were only 24 bottles imported into Ontario by Ozawa Canada. 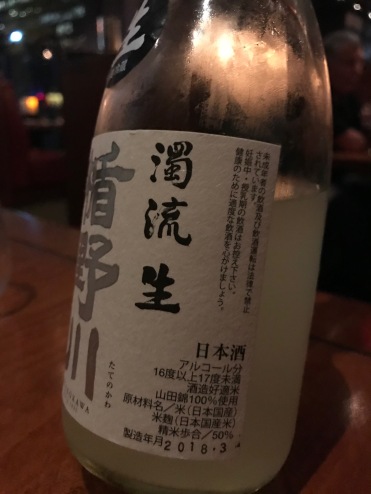 The label on the bottle read, “This draft sparkling sake is a soft nigori that pours like light white snow.”  It surely was.  Color of the sake was between pure white and off white.  I could see the very fine and lively carbonation when I looked at the sake through the glass.  The first sip into my mouth was like fresh virgin snow falling on my tongue, embracing the taste buds.  The freshness and effervescent experience was marvellous.  Yamada Nishiki, the King of sake rice, was polished down to 50% to yield a bold and “typical Junmai Daiginjo” flavour for the sake. 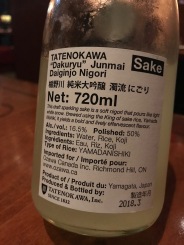 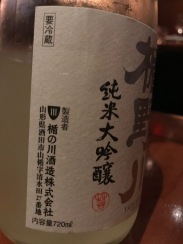 The fruity aromas, off-dry taste, low umami profile and short finish gave me enough to enjoy consuming the sake without food. Nevertheless, we couldn’t go home without food filling up our stomachs!  We came to Ki for dinner.  So the hungry humans ordered grilled skewers and two modern nigiri sushi plates as “appetizers” to share; in addition, each of us ordered our own entrees. 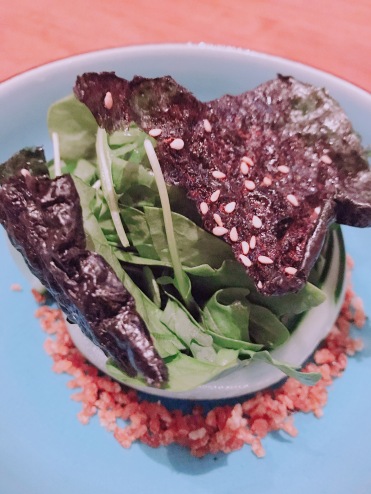 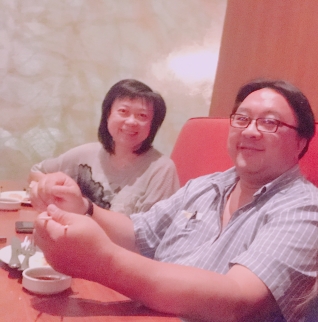 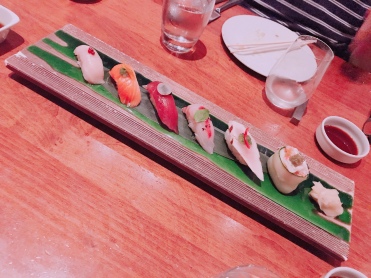 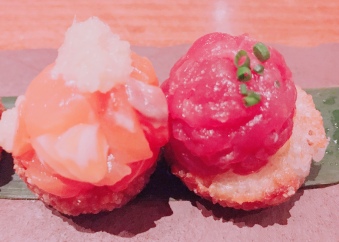 Regarding food pairing, apparently Tatenokawa “Dakuryu” Junmai Daiginjo Nigori was not for grilled skewers because the high level of umami in food overpowered the sake.  Whereas, I liked to pair it with sushi and sashimi.  As both the namazake and fish meat was cold, the low temperature in the mouth enhanced the feeling of freshness; even the hidden flavours of the fish meat got brought out. 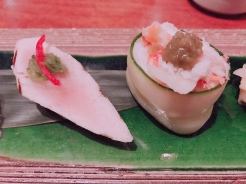 At the end of the meal, we chose matcha cheesecake and chocolate truffle cake as desserts.  Five people shared two modern Japanese sweets to wrap up the night.  I was 100% satisfied. 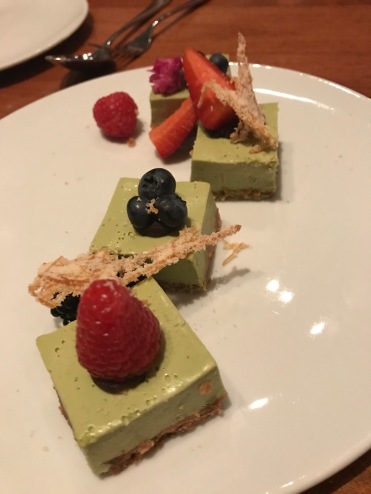 One thought on “Adventurous Eaters/Drinkers at Ki”

Follow MY SAKE 淺酌微醺論清酒 on WordPress.com
Join 225 other followers

No language barrier if you use Google Translate